I have a major dilemma.

It’s currently 20 degrees outside and my thermostat doesn’t work.

If I leave my furnace on, it’s sweltering in here and becomes so hot that walking around in a swimsuit seems like the only option.

But, if I turn the furnace off, it’s like I’m in an igloo and I’m forced to keep adding layers. The cats have taken refuge under the bed where they have a chance of staying warm.

I may have to join them. 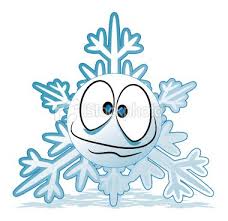 It’s really frustrating because I don’t have control of the temperature in here and am unable to get the the temperature just right. I’ve been really upset about this whole situation and have been doing a lot of complaining about it. (I apologize if you’ve been the recipient of one of these rants).

I’ve done everything that I can do to fix the situation (i.e., my maintenance staff loves (read – hates) me for calling them on 3 separation occasions about the problem) and the problem is now out of my hands. The only thing I can do now is change my focus. Or, change the way I think about the problem. Let’s face it – I can’t fix the thermostat. I have degrees in psychology and political science, neither of which prepared me to replace a thermostat or know the first thing about handling this situation. However, if my psychology education taught me one thing, it’s about cognitive restructuring or reframing (…OK – my degree taught me more than one thing, but go with me here on this). Cognitive restructuring or reframing is just a a psychologist’s fancy way of saying you should change the way you think about your problem (i.e., we reframe maladaptive/negative thought patterns into more rational thoughts in an attempt to gain a positive frame of mind). For example:

So, I’ve decided to think about my problem differently. Yes, my thermostat is broken and I’m unable to keep the apartment at a desirable temperature. Sure, it’s an inconvenience and annoyance, but it’s not the end of the world. I do have fans that I can turn on if it gets too hot and I can always open the window if I can’t stand the heat (though, that seems counterproductive). If it gets too cold, I have more than enough clothes and blankets to keep me, and of course, the kitties, warm.

I know this theme has come up in previous posts – it’s a product of all those psychology classes. However, I think this is an important lesson to take to heart. So often, we have a problem and get so worked up over it that we drive ourselves (and, unfortunately, others) crazy. We become so fixated on these minor issues and find ourselves consumed by these trivialities. We focus on the one thing that is going wrong, rather than the 100 things that are going right. We’re focused on what we don’t have, rather than what we do have.

I think we can all benefit from this lesson. Sure, things may not be going quite the way we’d like, and sure, we may face some inconveniences from time to time. We may not always get what we want, but often times, we have what we need. I realize that this is a hard lesson to learn and I struggle with it on a regular basis. It’s easy to get bogged down by problems such as this, but if you change the way you think about it, I promise you that things will be easier.

During the summer before my senior year of college I started experiencing pain more severe than anything else I had ever felt before. Sometimes the pain was so severe that I thought I might pass out. It was intense. excruciating. miserable. The culprit? A tooth.

Unable to handle the pain anymore, I made an appointment with my dentist. When I finally met with him, he informed me that I’d need to see a specialist who might have to do a root canal on my front tooth. My front tooth.

When I saw the specialist, he did various (painful) tests to see what was wrong. What he found? My front tooth had an abscess that would require treatment. The options? A root canal, surgery, or pulling the tooth…Wait, what? Pull my front tooth? I don’t think so. I opted for the root canal and cried both in the office and on the car ride home at the thought of having this done. If the root canal didn’t work, we’d have to move on to the other options. This wasn’t fair. I was just about to begin my senior year. I had a lot to look forward to-graduate school interviews, presentations, and a great final year of undergrad. I had taken great care of my teeth my whole life, had braces, and had worn my retainer like I was instructed. This shouldn’t happen to me.

At the same time, someone a year younger was receiving treatment for cancer.

It’s funny, really. Here I was, crying about having to have a root canal while someone younger than me was dealing with cancer treatments. While a parent was taking her child to chemotherapy or radiation, I was upset and feeling sorry for myself because I had a tooth problem. Which then just made me cry even more. How could I be so selfish that I could be upset over having to have a root canal when other people were suffering much worse than me?

Everyday we are bombarded with tragedies both on the news and in our own lives.

Everyday someone is diagnosed with cancer, heart disease, kidney failure-you name it.

I’ve seen my fair share of tragedies, whether it be a friend whose mom passed away, a dance teacher who died at the young age of 24 just before she was to be married, a young man who died leaving his family to mourn him…well,you get the picture.

Does it matter, though? Does knowing that people have it worse off than you make your load any less to carry? Does seeing these things make it a little easier for you to get through the day?

It’s really easy to get caught up in our own lives while failing to see the bigger picture. It’s easy to think that everything that could go wrong will go wrong and that life won’t get any easier. It’s easy to think that we’re alone in the world and that no one could possibly understand what we’re going through. Whenever I really start to feel this way, I try to keep things in perspective. I try to remember that those deadlines I have to meet aren’t there to punish me, but are there to challenge. I try to remember that even when I wake up in the morning with a throbbing headache or a stomachache, at least I’m alive. At lease I can see and hear and touch and feel.

I try to remember that even though things are bad right now, they won’t always be.

I try to keep things in perspective and realize that the little things that I am upset or angry about would be welcome distractions from people facing much more severe obstacles in their lives.

It doesn’t make our day to day challenges any less. It just makes us see that it’s really not as bad as we thought.